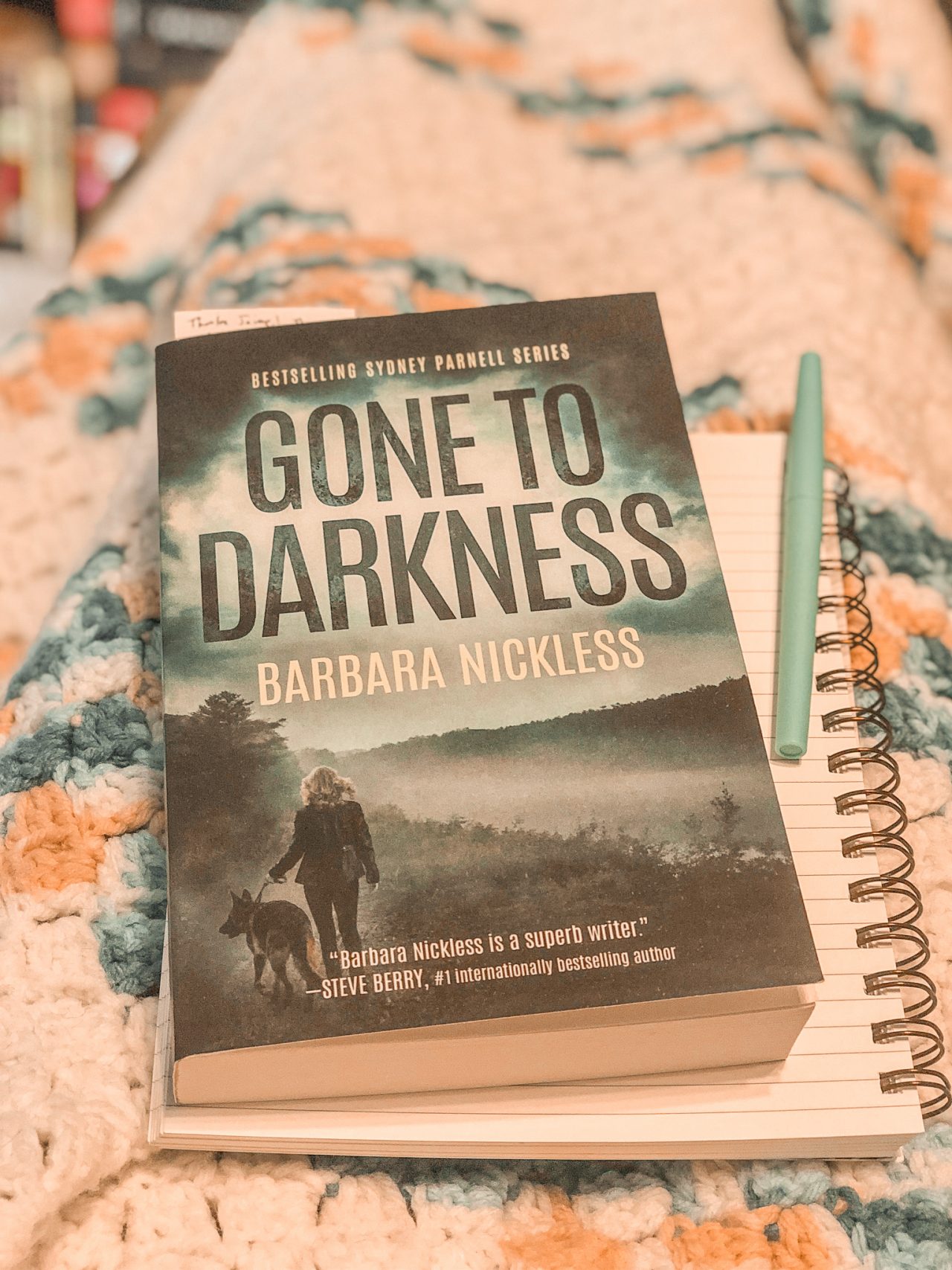 Gone to Darkness begins with an incredible prologue titled, “The Coming Dark”. My skin prickled, hair standing on end. Nickless pulled me in despite the terror that came with these thoughts.

More of my favorite quotes are after the “Themes” section of this review.

From that first line to the very last, my attention never wavered because Nickless had such a grasp on the plot. The novel was unwavering in its flow. Chapter transitions were smooth as butter, and her main characters easy to humanize and empathize with. The introduction of characters Evan Wilding, a forensic semiotics expert and Len Bandoni as Parnell’s homicide partner were my favorite additions.

The only aspect with which I felt disengaged was with a couple of characters involved in the “elite” club that is at the heart of the novel. They felt too contrived. It could just be that my frame of reference didn’t allow me to fully appreciate their character and traits fully.

Nickless did a bang-up job of capturing the industrial nature of Parnell’s Denver-based environment. Throughout the story, I had some seriously vivid imagery from Parnell’s experiences, her thoughts, and the interactions between her and the many characters she comes in contact with. That was my favorite part of this novel. It felt gritty, twisted, and with a darkness that was palpable throughout.

(Two major ones. Of course there are more.)

**Warning: Some spoilers ahead. Please skip ahead to the “Favorite Quotes” section if you’d prefer not to know two major themes of this novel.**

I found a particular quote that to me parallels the internal struggle Parnell has been facing regarding her active duty experiences that continued to haunt her throughout the novel.

Parnell’s war experiences are her darkness, resulting in her battle with PTSD. “Samson Agonistes” plays over repeatedly in my head because she is haunted by this: witnessing traumatic injuries and death; not being able to save everyone; and reliving those moments long after her veteran status. She finds herself reminiscing the horror those memories contain (“to a place nigh, somewhat retir’d there to sit a while and bemoan his condition”). She “sees” her ghosts (“Where he happens at length to be visited by certain friends and equals of his tribe”). Does she obtain that comfort (“who seek to comfort him what they can”)? You’ll have to read to find out.

This seems to be an obvious theme. Parnell continues to do what she feels is right despite the discussions from above telling her very frankly to essentially “knock it off”. She works tirelessly to prove herself capable and worthy of this new appointment as homicide detective for Denver’s Major Crime Unit. The only one with a K9 partner (who is fabulous.) Most importantly, she works through her trauma despite all the violence, death, and mystery she’s entangled in.

“Someone once told me that murder cops are the foot soldiers in the battle between good and evil.”

“Hey, Golden Girl. Just because you’re paranoid doesn’t mean they’re not out to get you.”

“If trauma is the darkness that knocks us off our path, then life is about finding our way home. But first, we must learn to navigate the dark.

“And I wondered for the first time, if it was possible to resurrect the living.”

“Life, rookie, is an accumulation of heartbreak.”

I highly recommend this book to any suspense/thriller lover. To anyone that enjoys a strong female-led police procedural or a crime thriller. Even the “whodunnit” fan will find many aspects of this novel enthralling. You could read this as a stand-alone however, there’s much more to gain through the first three novels in the series (listed below).

Newly minted homicide detective Sydney Parnell faces a savage killer whose endgame is to capture her. And keep her.

Iraqi war vet and former railway cop Sydney Parnell is now the youngest homicide detective in Denver’s Major Crimes Unit. In the past, gut instinct has served her and her K9 partner well. But it’s not a trait Len Bandoni, her old nemesis turned reluctant mentor, admires. Not until Sydney’s instincts lead to their first case: a man tortured and beaten to death, then left in a refrigerated train car with cryptic messages carved into his body.

The victim is a well-liked member of an elite club called the Superior Gentlemen. At first glance, the club appears harmless. But beneath its refined surface swim darker currents.

As Sydney; her K9 partner, Clyde; and Bandoni investigate the grisly murder, the three develop a bond that carries them through a shocking series of crimes and a horrifying conspiracy that threatens the detectives’ lives and promises to bring their beloved city to its knees.

Learn more about the incredible writer here on her website.

Other Books in the Sydney Parnell Series 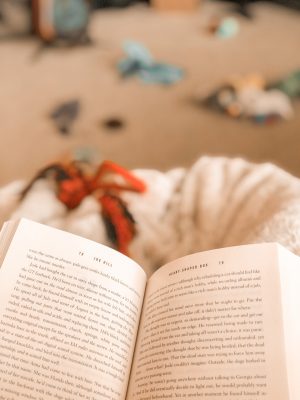 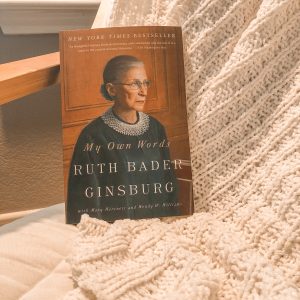